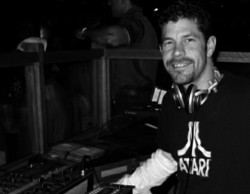 My first experience as a Disc Jockey was in grade 3, I brought in a record for show n tell and played Another Brick In The Wall Pt. 2.  In high school I got offered to DJ in the cafeteria during the lunch hour.

In 1989 I was hired by Exclusive Sound DJ Service. I began to play at a lot of different venues, which afforded me the experience and confidence to open BPM – Beats Per Minute in 1992. During that time, I became resident DJ and played just about every bar and club in the city. I have personally played at over 400 Weddings.

Playing records is not hard, but knowing what to play and when to play it. Really is an art. My ability to read the crowd, and keep the dance floor jumping with creative transitions and beat mixing skills have proven to be very affective & rewarding.

My passion to pursue my career as Windsors # 1 DJ is just beginning!